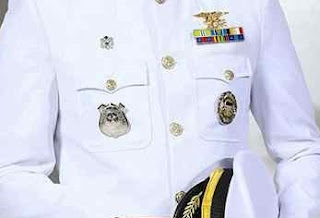 For he hath made him to be sin for us, who knew no sin; that we might be made the righteousness of God in him.

Righteousness is one theme of the gospel that has greatly been misunderstood among not just Christians but humankind in general. It is one area the devil keeps heavily guarded to prevent people from understanding, for should we come to full knowledge of this liberating truth, his influence over us will greatly wane off. Righteousness has greatly been confused for holiness. As much as righteousness and holiness are closely related, they are not the same thing.

Righteousness has to do with justification whiles holiness deals with sanctification. Righteousness is the foundation for holiness. No one can live a holy life until he has been made righteous.

After Adam’s act of disobedience, he became fearful of God’s presence and would rather hide away from God than to pursue his presence.

He lost the ability to approach God and to stand his presence without guilt or shame. ‘Righteousness is the ability to stand in the presence of the Father God without the sense of guilt or inferiority’. E. W. KENYON

It’s Important for you to note that you did not become unrighteous because of your sins. It is your nature of unrighteousness that enslaves you to wallow in sins. Before you ever committed your first sin you were already a sinner.

Wherefore, as by one man sin entered into the world, and death by sin; and so death passed upon all men, for that all have sinned

And yet the strongest battle any man had had to fight was the battle with sin consciousness, the feeling of guilt. It is the greatest weapon Satan has used so well in causing spiritual failures.

Guilt feeling kills initiatives. In my early days as a child of God, I have distanced myself from fellowshipping with the saints any time I become conscious of a sin I had committed and the weight of guilt that comes along with that memory. I have known several people in this same condition who will refuse to get involved in any spiritual activity because of guilt feeling. 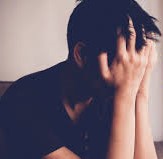 This guilt feeling resulting from sin consciousness can and does neutralize all forms of effectiveness of a human being. Guilt feeling does to man what kryptonite does to Superman. (Green kryptonite weakens Superman and other Kryptonians. It can and will kill them with long-term exposure. Kryptonians under kryptonite's effects experience severe muscular weakness, usually to the point of collapse, and excruciating pain, with both conditions progressively intensifying. They often develop a fever and eventually will lose consciousness before death. https://en.wikipedia.org)

Anyone who ever backslided was first of all a victim of guilt feeling. In this RIGHTEOUSNESS blogging series, I intend to, by the Word of God, deal a heavy blow to this old enemy of human kind. As you read this and the subsequent posts, may light be granted you and be liberated forever, because you shall know the truth, and the truth shall make you free. John 8:32

If you have not yet committed your life personally to Jesus Christ, I encourage you to do so now because He will set you free completely from all desires of the enemy. You see, all human kind, irrespective of our religious inclination, have a link with Adam. Similarly, all of us must come to Jesus (Adam II) for salvation.

For as in Adam all die, even so in Christ shall all be made alive.
1Corinthians 15:22

Neither is there salvation in any other: for there is none other name under heaven given among men, whereby we must be saved.
Acts 4:12

Jesus Christ was not a Christian when he walked on this earth, neither was it his intention to found Christian religion. His mission on earth was simple: to restore what Adam lost- man right standing with God among other things. Will you commit your life to him today?

Father, I come to you today just as I am, I have found my greatest challenge today i.e. I have no right standing with you because of the condemnation that passed unto all human beings. Save me as I open my heart and accept Jesus today as my Lord and Saviour. Thank you for saving me and giving a right standing in your presence today. Amen.

In my subsequent blogging, I shall be taking you step by step into your completeness in God’s sight. You may equally read my previous posts if you haven’t done so already.

BEWARE OF FOOLS (ESCAPING THE WEB OF WRONG ASSOCIATION)

The vicious cycle of wrong thoughts, wrong choices, wrong actions and wrong outcomes can be broken when you identify and break away from that one wrong person in your life. In this yet another masterpiece, BEWARE OF FOOLS: ESCAPING THE WEB OF WRONG ASSOCIATION, the author John James Abekah unveils a host of wrong people around you and equips you to break off from them and from the fool in particular. You will:

*Discover that wrong association, indeed, is a slow poison

*Identify and connect with a true friend

*Undo the generational effects of wrong associations on your destiny

You may check out more about this book on this link:

There are always various set periods between the commencement and completion of an assignment in life. It is the unknown "gap" between your present and the future that makes it necessary for you to closely examine the various periods of your life to ensure that you do not do anything that would abort your dreams or cause a premature or pre-term delivery of your God-destined purpose. In this book, you'll discover the most important keys in the various seasons of your life:

*Season of Delay *Waiting Season and many more …

You may check out more about this book: 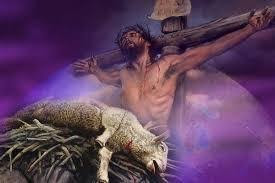